TESTIMONIALS FROM SOME OF OUR MEMBERS

Your opinions motivate us to keep on working.

•My name is Jara Durán and I’m 40 years old. Twenty years ago I was diagnosed with Trigeminal Neuralgia. I went over to the emergency room, because I felt a strong pain in my jaw, from my ear up to my molar, which didn’t remit with anything. I underwent two surgeries and taking the medication that was indicated for this disease, my pain still didn’t remit, and it hasn’t ever since. I’m a Mother, and I work, and I can’t even begin to define what it’s like to be in a Hospital in this situation.

When I was physically and mentally faded I met the Spanish Association of patients with neuropathic pain (AEPA ATM), and it was the light at the end of the tunnel, they gave me very important clinical advice, but they were also very humane, which is very forgotten in today’s medicine. Thank you for showing me the path to follow, for inquiring my case, but especially for being there, taking care of me when I saw no way out. . The healthcare team realized that my diagnosis was wrong.

I suffered from another bone pathology. Since I was diagnosed, I have already reacted to the new treatment . I have been lied to for twenty years.

Today I appreciate your work. However, I also have to criticise public health because, how can there be patients who have been diagnosed for 20 years? Surely it was unintentional… but it has consequences, it IMPACTS BRUTALLY on people’s quality of life. Some of us are severely medicated for a pathology that we don’t suffer from.

These types of pains are a lottery that nobody wants to be affected with, that nobody understands and that take you to the limit of your strength. Thanks to assistance of many people, from the Association, I  have learnt to live with my disease and to try to enhoy the fight because these diseases are treated with  honour and consideration. Facial pain has many diferentes issues. In many cases it is not Trigeminal Neuralgia and that’s what many patients believe they have, and they end up in the operating room. However, a lot of patients never had Trigeminal Neuralgia to start with.

Thanks to all who have contributed in my case. To patients, I pray for you to have perseverance, strength and encouragement. My advice is that you do not resort to surgery without 100% assurance about the possible cause of pain. Without a correct diagnosis there will be no correct treatment. Today I have it. I know what I have. Moreover, I am with good clinicians and health workers. My pain has decreased. Little by little. I will keep fighting.

#correctdiagnosis Jara Durán. Badajoz. Estremadura. You can keep in touch me through this Association. January 2020 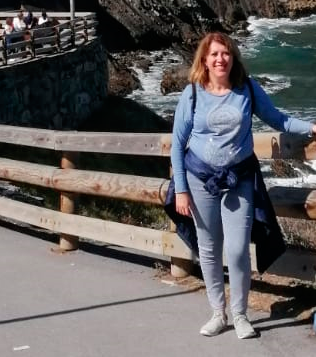 •We are so grateful for the unpayable work done by the health workers, professionals, press and clinicians who collaborate with this Association. My wife’s case was analysed and correctly diagnosed after many years of facial pain. We finally have hope again. Please continue with the spirit and will with which you help people. Agustina y José Antonio, Entrepeneur. Cuenca. Spain. April 2019. 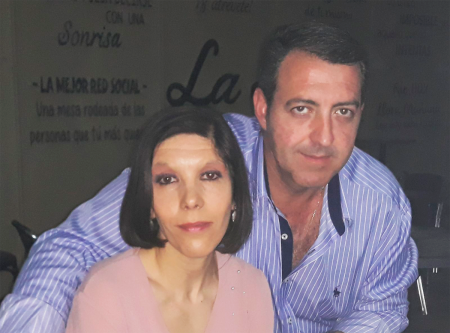 • My name is Cecilia and I am 35 years old. I was in good health until the summer of 2017, when I had appendicitis. As a result of this operation I was left with a pain that became unbearable especially when I walked or simply when I was standing up. After several months, in a digestive surgical consult they confirmed that the symptoms that I presented fitted with neuropathic pain, which means, that probably when I had surgery, they had damaged a nerve in the abdominal area.

In the surgery department, the doctor wasn’t really sure  where to refer me to because, as she told me, it was something that did not happen normally and they did not have an action protocol. In the end I was referred to the pain unit with very strong medication and an uncertain prognosis.

The pain was somewhat relieved with the medication but it was still incapacitating for me, my life came to a halt at a personal and work level. My degree is in the health field.

When I didn’t see improvement and health professionals were disconcerted and confused with my case, I didn’t give up and I investigated possible solutions day in day out until one of these searches took me to AEPA ATM. I immediately got in touch with them and by only doing this; it gave me strength, tranquility and above all security. They selected the best professionals individually for each case. It helped me a lot.

I spent several months undergoing the different tests and treatments that they recommended for me. It took me a year, but finally today I can say that I have reached the point where I have a life which is worthwhile, and although I am still not up to my 100%, I hope that I will be completely fine one day. If you had told me this six months ago, I wouldn’t have believed it.

Therefore, I send a lot of strength, persistence and above all hope to all those who are going through something similar. Try to support the people who help you and find all the options that are necessary to get better. Cecilia Domingo, Health Care worker;  February 2019

A huge THANK YOU to this Association. 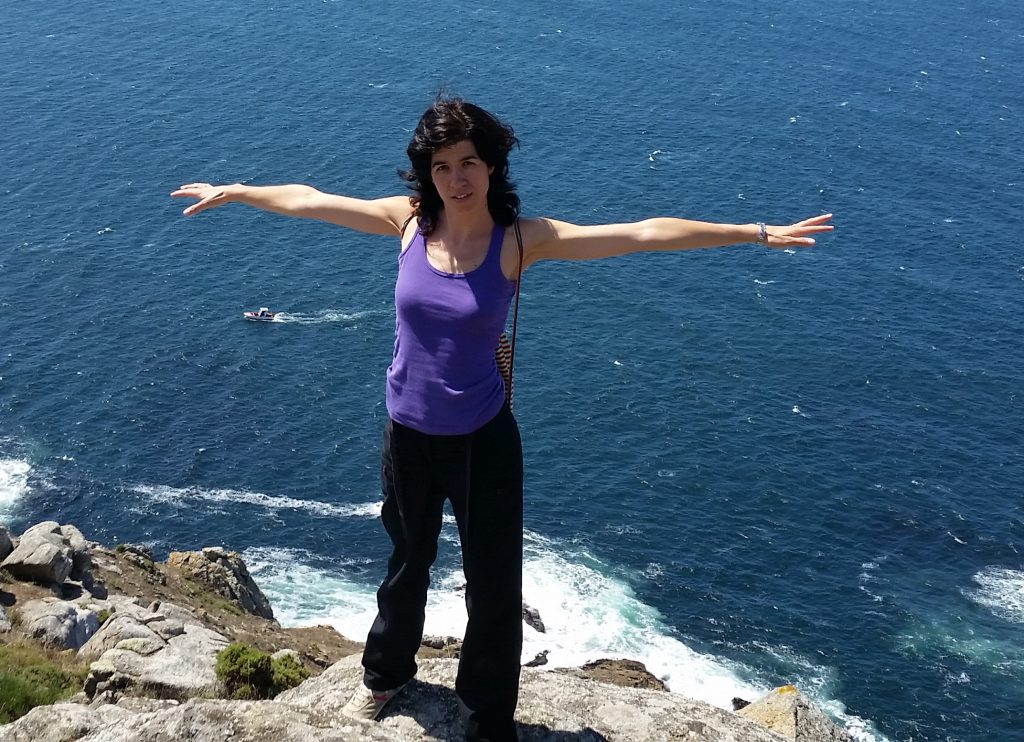 • The day  I found, after years of searching for this association, and reading all the testimonies of people who had been cured from this damned disease, my dream was to be able to depict my testimony here, and well, here you have it.

My name is Sofia, and since I was 18 years old I have suffered (since then I was badly diagnosed), what everyone said was an essential trigeminal neuralgia, now I am 51 years old.

It all started when I was biting an almond, an indescribable pain ran through my face which made my skin crawl, pain that I have always denominated as “cramps”.

From that moment onwards, everything changed in my life, from that age I started taking various medications at very high doses. This pain destroyed me and my family. Being totally positive. Then I opted for surgery. The first neurosurgeon who saw me, and did the tests to rule out that it was something else, recommended me to section the nerve, and I was so desperate that I decided to do it, thanks to the advice of my family ruled that idea out, and it was a right choice because  the consequences would have been disastrous and my pain would not have disappeared. Later, I was recommended other techniques. I have spent fifteen years in which I have undergone nine interventions of this type, two private and seven through social security.

When the doctors verified that this was not a solution for me, they offered nerve decompression, without giving me any kind of guarantees and with the risk of maintaining irremediable sequels. I refused to do it.

The last three years of my life have been hell, with daily “cramps” and very strong crises at least once a month.

My affected branch is the second, but I could not blink, or touch my head, let alone talk, eat or touch my face. I have even been given food with a syringe because swallowing also triggered pain. I have gone through not being able to get out of bed because of how medicated I was or having to go down the streets touching the walls because I felt as if everything was spinning.

I did not want to live anymore.  I could not live like that …

In my effort to read and find a solution, I found this association, and I won the lottery with it!!

After having a study done -which included lots of tests- for my health insurance, the clinicians of the association told me that I had  some problems into my mouth. I thought I had died.

I would only like to tell you that the only thing I’ve done so far has been getting a tooth removed and I have accessed a treatment which was recommended by the clinicians to regenerate the nerve, since it was completely burnt due to the collateral damage of so many operations.

The horrible cramps ceased the day I had my tooth remove, and the discomfort that I have left is disappearing day by day. I still keep caution. But I feel sure of the steps that I must follow. I have not had a “cramp” for five months.

I will never be grateful enough to this association that has given me the most precious gift “HEALTH”.

A TEAM OF MAGNIFICENT PROFESSIONALS WHO, IN AN ALTRUISTIC FORM, worry and study each case, as if it were their families.

We have HOPE, THERE IS A SOLUTION. A good diagnosis is essential, AND EVERY CASE IS A COMPLETE DIFFERENT WORLD.

Thanks to them, now I smile, I enjoy every second without pain, and I feel like I could eat the world.

With prudence I follow my path. I’M HERE IF YOU NEED ANYTHING!!  Sofia, worker (51 years old). Cáceres. Spain. 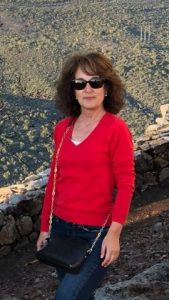 • My mother was diagnosed more than 12 years ago with Trigeminal Neuralgia. For years the medication worked, but then the situation became hell. The neurologists told us that they couldn’t do anything else for her. They derived her to the Pain Unit. They gave her more medication, intravenous treatments without good results …

They were about to intervene on two occasions and, for various reasons, they ended up not operating on her. She was admitted twice. The situation was exasperating. We didn’t know what to do anymore. Years and years of suffering. We got in touch with the AEPA ATM Association, which has been our guide and support through everything.

Thank you  to your medical team and also to each of the volunteers and other collaborators. After a difficult journey, and touching wood, I can say that my mother is much better today. And, she has hope towards it continuing to be like this. Therefore, I send a message of encouragement to all those people who are in a situation similar to ours.  Don’t give up, ever. You have to be advised by good professionals and be very cautious with surgeries. Keep in mind that there are less invasive effective options for the patient. Once again, THANK YOU to the Association. Juana Ramírez, Housewife (66 years old). and Aranzazu, (daughter). 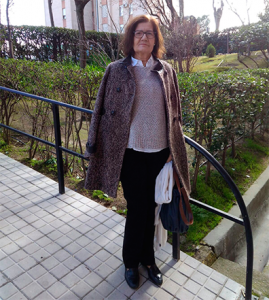